As I’ve mentioned previously, I’ve had a long time obsession with Architecture and construction dating back to a very young age. The first plans I remember drawing were for an elaborate underground clubhouse that my sister and I were going to dig in my parents back yard. I’m thinking I was about 10 or 11 at the time. I had an opportunity to live in Spain for almost two years ending in July of 2001 and although I was there to do service with I never lost an occasion to enjoy the exposure to some very different Architecture and construction methods.

I lived for 9 months in Guadalajara, the capitol city of the province of Guadalajara, located about 37 miles ENE of Madrid. Although some of the structures in the city date back to the 8th century most the city is relatively new, constructed in the last 60 years. With the addition of the AVE (high speed train) stop in 2003 the city has seen an explosion of growth.

I lived in Guadalajara in the pre-AVE days on the 7th floor of the 10 story building in center of the photo below. 6 months after arriving I awoke on May 27th, 2000 to see that the small house directly across the street was being demolished. I whipped out my camera and shot construction progress photos for the next 3 months. The building is located on the North East corner of Avenida de Castilla and Calle Alvargomez de Ciudad Real, one block West of Calle de Toledo. 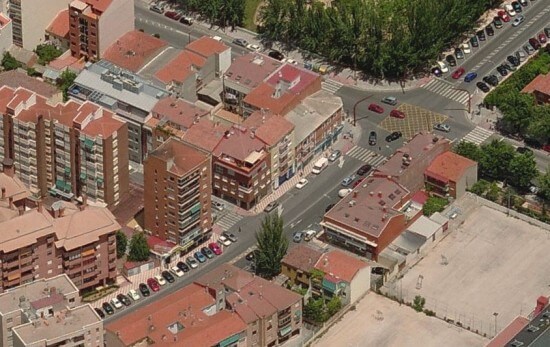 Birdseye View of Finished Building in center of photo, via Live Maps on 5/21/09.

The following photos chronicle the construction of the structural shell of the building. I have added my thoughts on the methods of construction that were the norm for my time in Spain. I pulled these pictures from my photo album and the notes I made 9 years ago are unfortunately glued to the pictures. 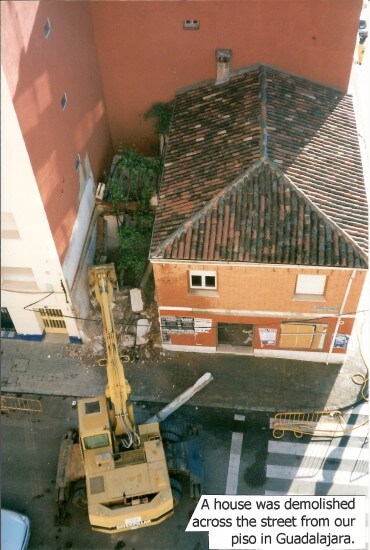 The demolition began around 8am on May 27th, 2000. Piso is Spanish for floor, or apartment. These pictures were all taken from my bedroom window. 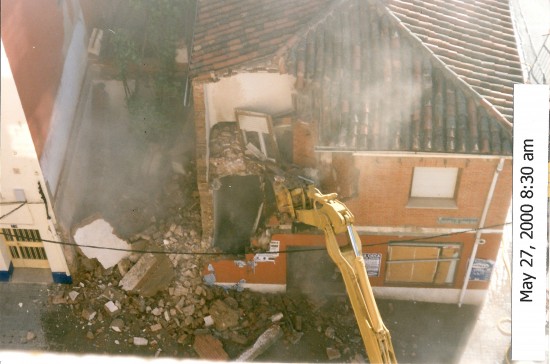 It was a shame to see all of this Spanish tile be destroyed like this. Authentic Spanish tile is something we pay high prices for in the United States. 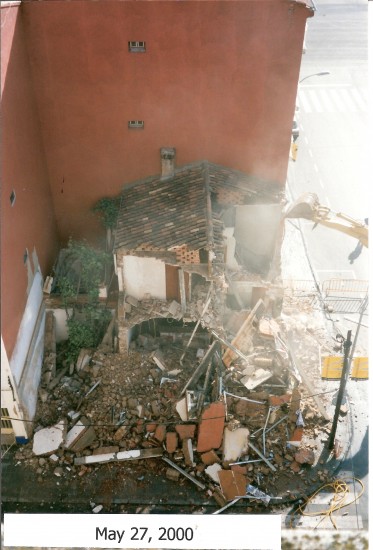 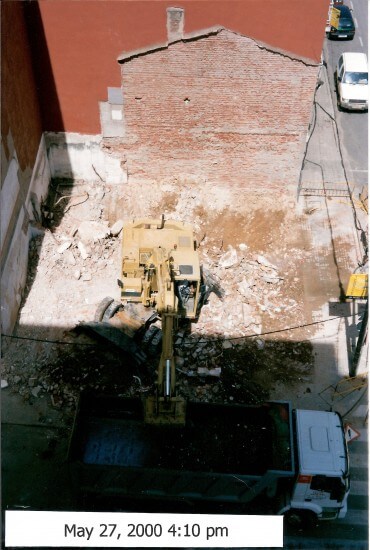 After about 6 hours of work, remember the two hour 'medio dia' or 'siesta' break, the house was gone including all of the foundation. 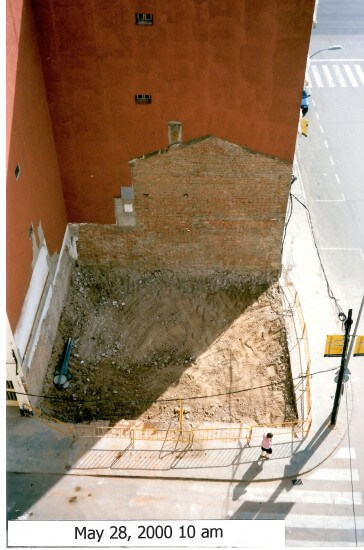 The lot stood for over a week in this state. The old building appears as a ghost like silhouette. 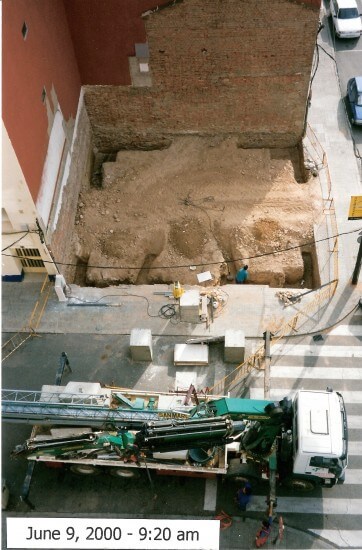 I knew the knew building was to be bigger than the original for a number of reasons. For one, the foundation excavations are much more significant, also, the footprint of the building consumes the entire lot, not a portion as the old structure did. Note on this side of the street the large concrete blocks placed in the street for the crane. 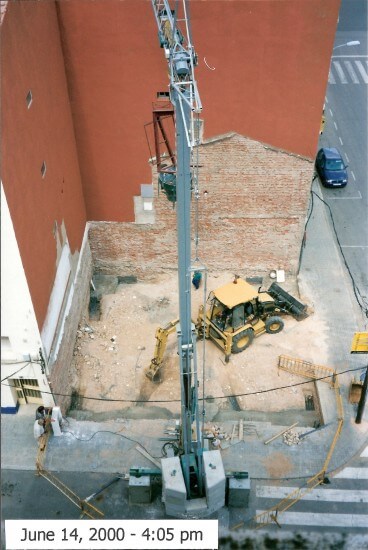 The crane was offloaded from the truck and erected on site. It will stay on site throughout the entire construction process. Rebar cages were placed in the excavations and the footings are poured in place. No form work was used. 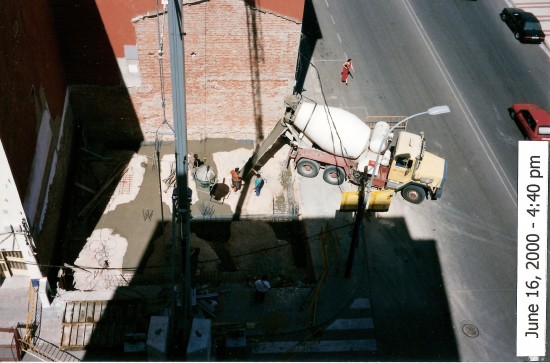 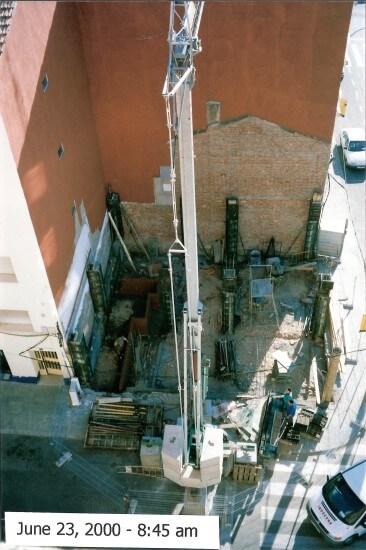 One week after the footings were poured they began to form the first floor columns. With every pour they conducted a slump test and poured concrete cylinders for strength testing. They always did the tests near the crane so I had a good view. Note that the first floor walls are already being laid. It's hard to see in this photo but the bricks are hollow. The mason never used a saw but simply used his trowel to chop the bricks to size.

Tomorrow I will post the photos of the remainder of the construction.