In the “old” days of architecture, the Architect, a skilled artist in his own right, would sketch a perspective view of a room or the building as a whole early on in design process. As the concepts and visions evolved these sketches were revised or redrawn numerous times. This combined with a mountain of floor plans sketched on trace paper allowed the client to have a rough idea of what the building would look like at many points in the design process.

Fast forward to the computer age and the AutoCad revolution in the 90’s. During the last decade architects have relied less and less on perspectives and more on the more easily produced plans and elevations. Renderings were only done once the design was nearing completion because the cost of producing high quality computer graphics was prohibitive to a multitude of revisions. Our clients, more often than not, were expected to interpret the floor plans, site plans, and elevations. Often times the draftsmen themselves didn’t fully understand how the building was going to look, let alone how all the pieces worked together in three dimensional space.

Today we have Revit with the easy to use Mental Ray rendering engine and a 3d model of the building at our fingertips at all points in the design process. Below are a few shots of a design I’ve been working on. The project has gone through numerous revisions and it’s relatively easy to create a new rendering after every change, not to mention the almost constant use of the non rendered 3d model. Since all of the topo and site data are in the Revit model I can place my camera at the exact location where the real world contextual photographs were taken resulting in some fairly accurate results in a short amount of time. In house, on the fly renderings have once again become a cost effective part of the design work flow! 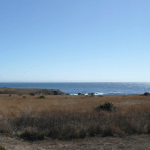 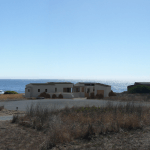 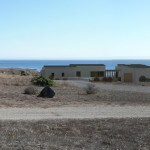 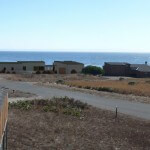 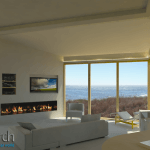 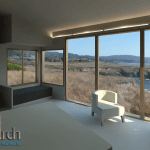 Mstr Bedrm facing to the SE 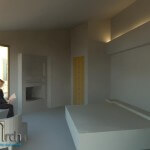 Mstr Bedrm facing to the SW 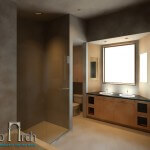