The Studio 40: The Master Builder 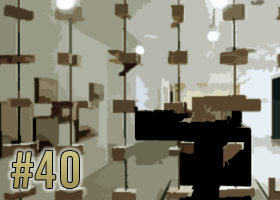 Lloyd Russell, AIA, (B’Arch ’91) talks about how he made the transition from student to teacher and architect to master builder. He talks about his design process and how he can design through construction without scaring his clients.

Don’t forget to tell your friends about us, join our Facebook Group, leave reviews on iTunes, vote for us on Podcast Alley, and follow us on Twitter!