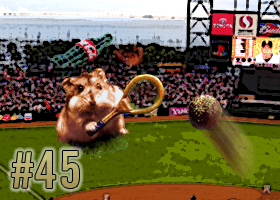 Carisa Nakano, B’Arch ’10, LEED AP, shares her experiences doing her senior project in Ghana, her thoughts on the World Expo in China, and Haley isn’t sure if she wants to own Uncle Frank.

Don’t forget to tell your friends about us, join our Facebook Group, leave reviews on iTunes, vote for us on Podcast Alley, and follow us on Twitter!