Yesterday we looked at the demolition and foundation of this building and the pouring of the foundation. Today we will take the building to it’s completion. 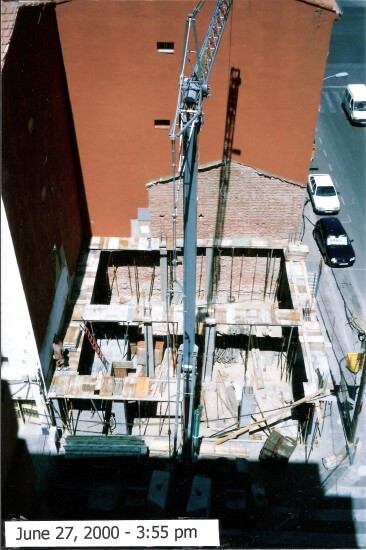 The formwork has been removed from the 1st floor columns and the forms are being set up for the second floor. It was only a couple days since the first floor columns were poured but they won't be supporting any load for a few more. Metal jacks are setup steel joists and wood formwork are laid out. 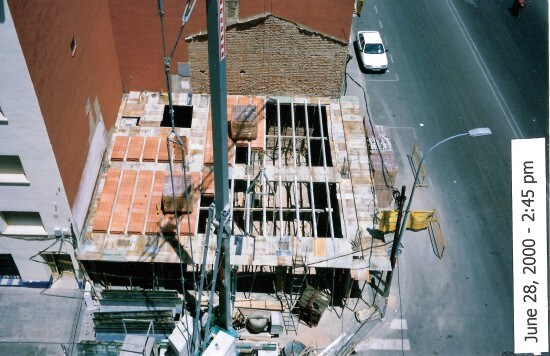 With the wood forms in place concrete joists are laid down and hollow brick units are laid down on top of them. In a little over a day the entire floor is laid out. The joists and bricks are simply laid in place are not anchored in any way. 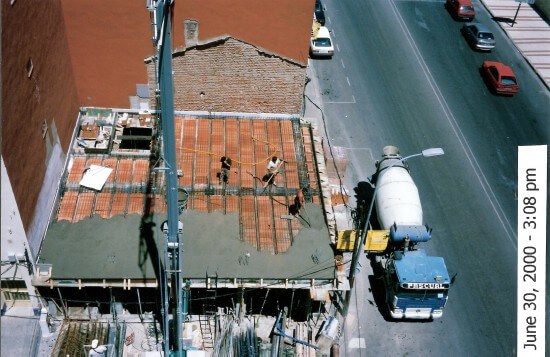 Following adding perimeter formwork, rebar, and welded wire mesh, the first floor is poured. The crane is used to transfer the concrete from the truck to the workers. All of the beams and columns are vibrated and then the floor is leveled. The finish is left rather rough as the entire floor surface will eventually be tiled. 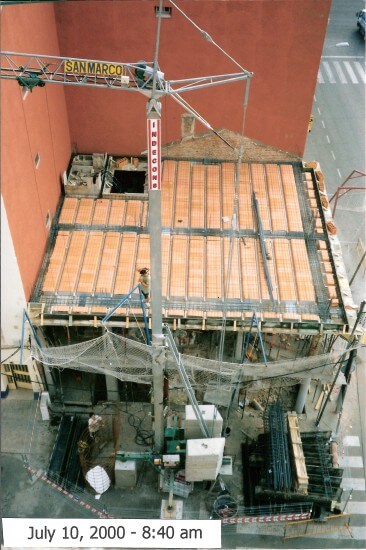 Here is a better shot of the floor beam rebar and formwork. No formwork is setup against the two adjacent buildings. A one inch piece of foam will be set against the building before the floor is poured. An edge form is set up around the elevator shaft and the building perimeter. 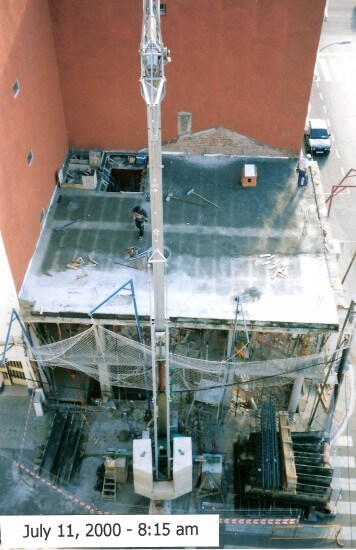 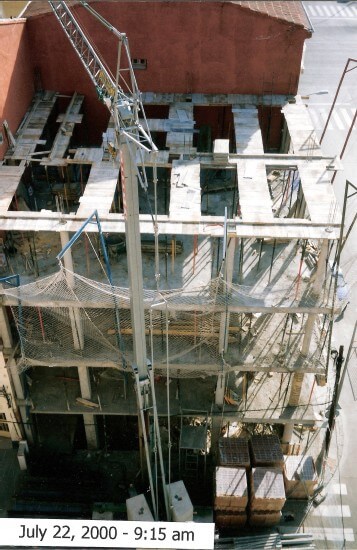 One month after finishing the foundation the formwork is nearly finished for the 4th and final floor of the building. All of the steel jacks are still in place for the entire building. The neighbors will soon loose the views out of their bathroom windows. 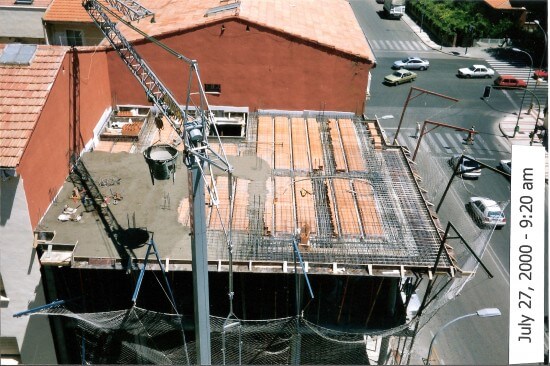 The hopper make another trip up to the fourth floor. This floor feature a larger cantilever on the corner and has more rebar than the other floors. 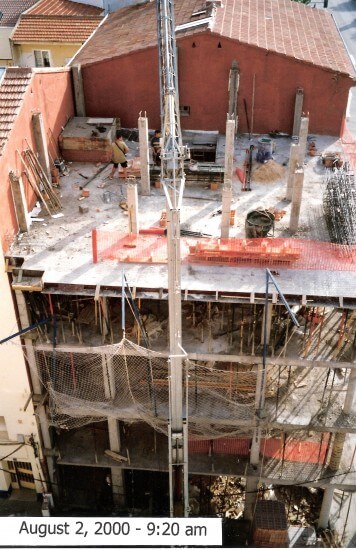 Within 5 days the floor has cured and the final columns have been formed, poured, and had their formwork removed.

The roof is formed the same way as the floors. The columns were poured at varying heights and the rebar will tie into the roof beams. The same system of concrete joists and hollow bricks will be used. 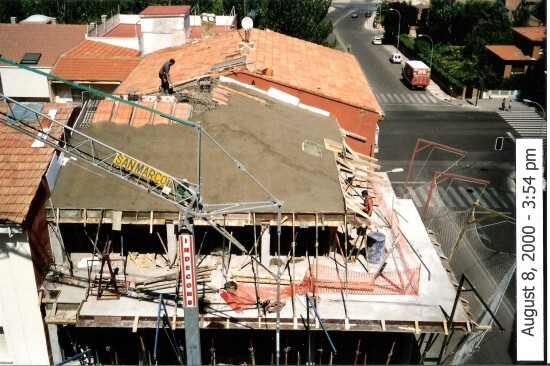 The roof is poured in place. 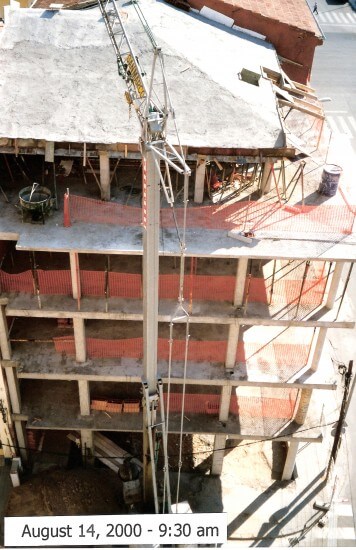 With all of the structural work complete the crew begins to clean up the site. The jacks are removed from the bottom floors and the concrete beams bear the weight of the building for the first time.

I unfortunately moved away from Guadalajara on August 14th so I missed the application of the building finishes, however I did return to take a photo of the completed building about 8 months later. If this building were typical, which I believe it is, the walls were made of a lightweight hollow brick, plaster would be applied to the interior face and a decorative brick veneer to the exterior. The roof tiles are applied directly to the concrete roof deck. 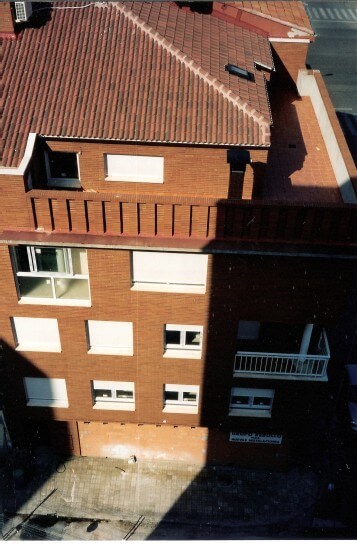 Persian blinds are standard in Spain and are something I missed coming back to the States. They are so convenient and do a great job with light control. Notice the temporary brick wall on the first floor this will eventually be replaced with ground floor retail.