Cal Poly Architecture was very different in 1970. The College of Architecture and Environmental Design was still two years away from being officially organized and the School of Architecture was headed by George Hasslein, latter he would be the founding dean of the college. George was very involved with the students and faculty. He prided himself on the wide variety of instructors that he recruited from around the world. The Gallery Lab, or the Fish Bowl as it is known today, hadn’t been used by the college for Architecture classes before. But, at the start of the school year Dean Hasslein was using any space available for labs and he assigned a group of 14 students to take an empty room and turn it into their studio space. 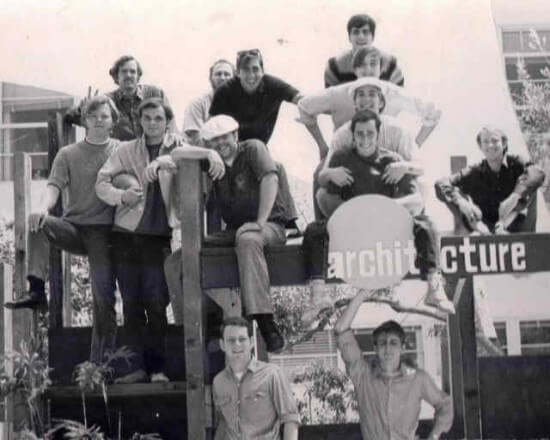 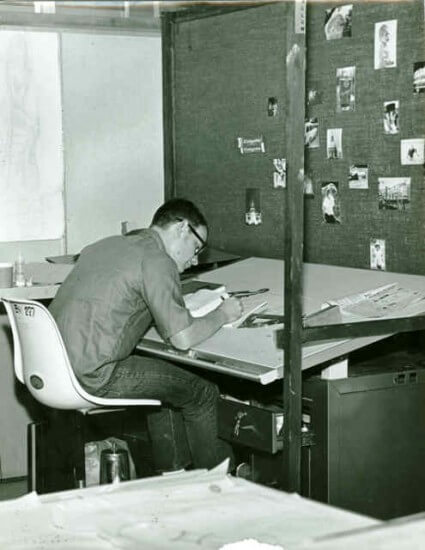 These 14 young men (women were practically non existent in the program at the time) set to work their first quarter laying out the room, creating work spaces, and getting to know eachother. The CAED curriculum, at the time, had all of the students from the different majors combined in the same classes the first two years of school. Landscape Architects, Architectural Engineers, Architecture, and City and Regional Planning all took the same Freshman and Sophomore coursework. (Construction Management wasn’t yet a program the college offered). You had two years to change your mind on your major and it was fairly easy to switch within the CAED. The third year of the Architecture program was important, it was the first year the students were separated from the other majors and were assigned a permanent space for the school year. For all three quarters the students would be in the same classroom but with different teachers.

Life on campus in the 70’s was a lot less constrained by bureaucracy and the Gallery Lab alumni remember feeling free to build, experiment, and try their ideas. Life was also a lot cheaper, Neil McCallum, seen above, was able to pay for all of his expenses including tuition, room and board with only $1,500 a year. 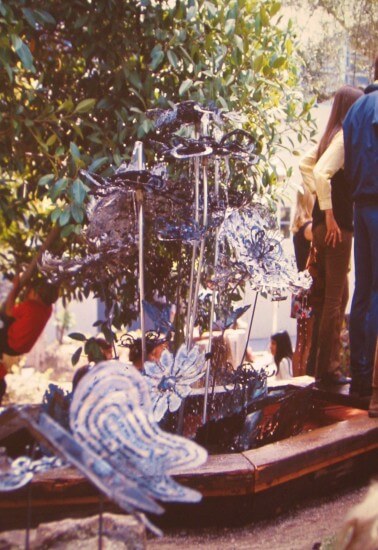 The highlight of the school year was Poly Royal. This was an annual celebration of student work and life on campus. The epitome of the “learn by doing” philosophy, Poly Royal required freshman students to donate 10 hours of work to preparing for the event, sophomore’s 20 hours, and Juniors 40 hours! Typical projects for Poly Royal included repairing bridges, construction and restoration in Poly Canyon, and improvements to the campus. For the 1970 Poly Royal celebration the Gallery Lab decided to transform the courtyard in front of their studio into an oasis. They flooded the courtyard, built a canopy, and made a fountain out of lids “borrowed” from the metal trash cans put out for the event.

Events like Poly Royal, the “Great Styrofoam War” and the incident with the bloody trashcan (resulting in 8 stitches to Neil’s head), bonded the members of the Gallery Lab. Just like today’s Fifth year studios, the shared experiences of an entire school year created lifetime friendships.

Typically attendance for these reunions was around five people, but for the recent 2010 reunion held on May 1st in San Luis Obispo, 10 out of the 14 Gallery Lab alumni attended. Three of those in attendance came from out of state; Virginia, Wisconsin, and Nebraska.

Skip Carlstrom, one of the organizers of the reunion, said that the good attendance was probably due to the economy and the feeling of wanting to reunite and remember the “carefree Cal Poly days.” Many of the alumni said that they felt it was important for Cal Poly alumni to stick together.

The reunion featured a slide show of the 1970 class and of past reunions, models and other work done during the school year, and a sit down dinner. It was surprising how much work had survived 40 years, and the alumni were excited to share the stories and history behind it. 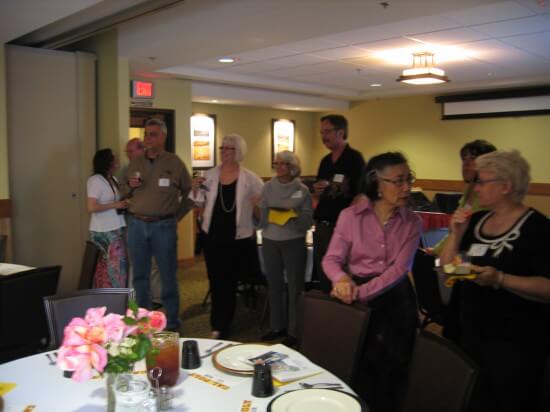 Alumni and family watch the slide show and reminisce

Thoughts For the Young Folk

All of the alumni we spoke to had very good memories of their time at Cal Poly and were proud of the education and experiences of their time on campus. We did hear from many, however, that they are worried about the new Cal Poly graduates. They cited their concern that current students may be trying more to challenge the Architecture program instead of letting the program challenge them. They were also concerned that new graduates expect too much right out of graduation and don’t realize that success in the Architecture profession requires hard work.

The 40th Gallery Lab reunion, more than anything, shows the impact that the Cal Poly experience can have on your life. All but one of the alumni are licensed Architects and all remember studying at Cal Poly as a defining moment in their lives. 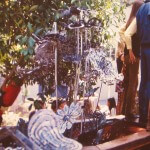 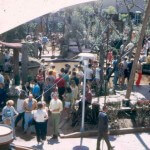 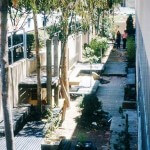 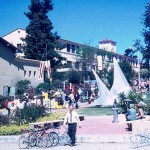 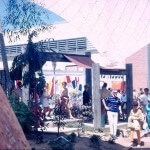 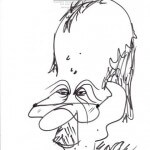 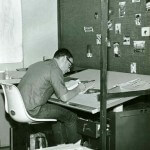 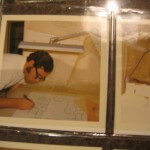 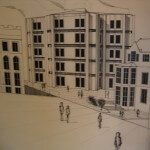 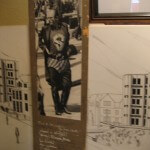 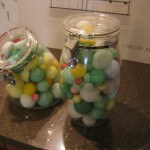 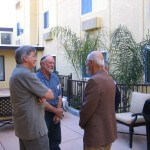 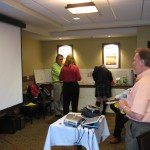 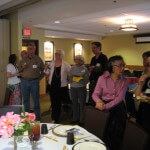 Alumni and family watch a slide show and reminisce 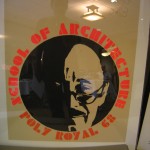 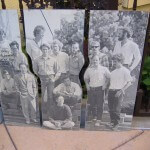 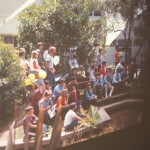 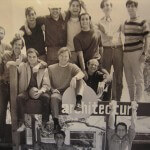 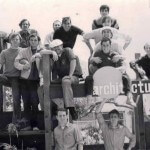